Jenny Metsälä and Reetamaria Rajala have performed together as a duo since 2017. They met during the early stages of their music education in Kuopio, Finland, from which Jenny advanced to the Sibelius Academy for her master degree in flute playing, and Reeta to the Malmö Music Academy where she finished her master degree in 2019. After graduating they have both had successful freelance careers, both as a duo and as soloists and have performed at well known venues both in Scandinavia and in the US. Their brilliant ensemble playing has been described as both expressive and bold, and tonight they will perform French chamber music from the late 19th century and showcase music by composers such as Melanie Bonis and Charles Marie Widor. 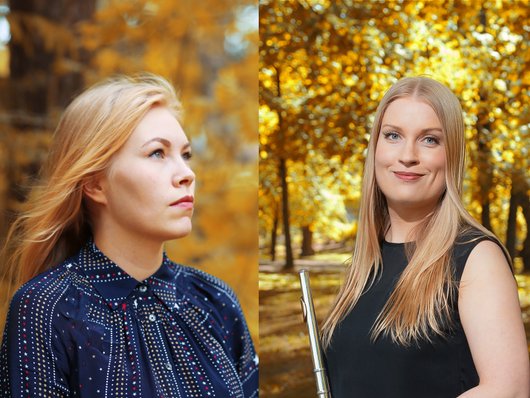